If you look up the astrological sign Pisces you will learn that we are highly perceptive and emotional as well as deeply impacted by and susceptible to change. In fact, Wikipedia will tell you a whole lot of interesting (though unscientifically provable) points about Pisceans.

The thing is Piscean people are many wonderful and lovely things, like hard workers and ambitious and nurturing, and they adapt well to change. On the flip side, they are extremely affectable; their wispy spirit makes them likely to change their opinion (at least outwardly) rather than confront conflict head on or call out someone who has hurt them.

Why is it so many Pisceans stay silent about conflict? Well, and who cares? Let me paint a picture of the real fallout from just one situation where as a Pisces I completely and utterly failed to confront conflict.

Wedgewood called me up and asked if I’d jump in his newish Ford pick-up for a last minute trip to the Quad Cities. The problem was it was 9:00 pm, and it was Tuesday, and it was an almost 3 hour road trip–one way.

“Uh, are you out of your mind?” I heard myself saying, while staring at tomorrow’s lesson plans. My eager yet very green 101 class were going to need a few drills to get them settled in to our latest paperback.

“It’s a great money-maker. It’s quick cash, come on,” he half-pleaded, half-whined. He knew I’d give in. I always did. Nonetheless he hated my line of questioning.

“Do you have gas? Did you get it from your dad…from his garage? Does he know? Did he approve this trip? Is he paying for the oil change you’re going to for sure need after this haul? Does he know your skipping your class to make this trip?” I kept right on ticking off my plans while reading out my questions, unphased by his voice as its pitch jumped.

“Come on! Just one trip. I mean it’ll be great. You can grade stuff or whatever you do on the road–”

“We can listen to whatever you want–”

“I don’t care about music. I don’t even know their names. You know I can’t tell Bob Marley from Billy Joel. Just that they both start with B.”

I looked at the microwave. Thankfully my roommate Lena wasn’t home. She’d barricade the door and absolutely refuse to let me leave.

“Amber,” she’d told me on countless occasions. “He does nothing for you. Leave the worthless guy.” But I had no spine. No courage to tell the guy no, and even with plenty of good reasons not to go, I wanted to help him. Maybe I can use the time on the road to help him see the value in finishing his degree. Maybe I can convince him to stop taking money from his parents to pay his bills. Maybe God’s opening this as a chance for me to speak into his life in this specific ways. I knew none of these were valid, yet I made no protest. Three hours later we were pulling in to Davenport, Iowa.

“So what are we doing here, Wedge?” I asked.

“I’m dropping off a package.”

“I can’t tell you,” he said. “Actually, I’m not sure. I was told not to open it. It’s right back here though,” he pointed to a nondescript red cooler with a white lid. I couldn’t help but shudder wondering if something like an organ were stashed in there.

“Hey also, you can’t be in the truck when I drop it off.”

“I can leave you at a gas station and you can hang out there until I get done. I’ll come back and get you. Promise.”

“Are you kidding me? I’m not standing in a gas station!”

“You are as hell not staying in the car!” his tone quickly became combative. I’d already dealt with him throwing one CD at me and cracking it in half from frustration. I wasn’t about to do it again in the same week.

“Whatever, just drop me off on a street corner, I guess.” Which is exactly what he did. I got out of the truck and watched as he drove off, absolutely stunned that not only was he serious about me getting out of the car, but he was driving off. What in the world is in that package?

At almost 3 am, there was no one I could call without scaring them to death. “Yeah mom, I’m in the middle of, uh, nowhere, walking around the block of some neighborhood, oh, and I’m completely drenched. Yes, I’m with Wedgewood. Yes, it’s a horrible situation. Yes, I’ll end it with him after this one.”

No, I wasn’t going there this time. I was just going to end it.

The problem is I couldn’t. I got nothing out of the relationship. Not only was Wedge a bad decision maker, but he was a horrible finisher at everything. He hadn’t finished college, wouldn’t pay for his bills, wouldn’t finish projects he’d start, wouldn’t carry out promises, couldn’t finish a mile if he had to walk it. He’d broken his last three leases. Oh and he was 30.

At 25 I was perplexed at this lack of ambition and thought it was my job to fix it. Perhaps I could inspire some life in him, some motivation, and reveal some hidden spark no one’d ever helped him realize. The truth was the fireworks were all one-way. And they weren’t even real. I was setting them off daily…like the starter in a race firing the gun, but he wasn’t budging. He didn’t move. He didn’t run the race. Instead, here I was in the middle of nowhere, Iowa walking around a poorly lit neighborhood in a downpour.

Twenty minutes later my phone buzzed. He was on his way to pick me up. Why wasn’t I standing at the same corner he’d left me, he wanted to know. Clearly the irony of the situation hadn’t been lost on me. What would people think if they looked out their windows and saw a drenched 20 something woman standing on the street corner? Granted I was appropriately clad, but who knows, what I looked like from a distance.

“Let’s get some Harry’s. We can warm up and then get back on the road.”

“Wedgewood, I have to be at the University in five hours, do you realize that? I have an actual class waiting to learn from me. And look at me!” I motioned to my soggy shoes, soaking wet pants and dripping hair. “If we leave right now, you’ll have me back to my apartment by 8 am. I have to be in class teaching at 9.” I didn’t even need to ask if he was insane. Clearly he was.

“Just call in.” His solution to everything. Just cop out, Amber, just fail all the people you’ve promised something to. Go ahead, no one will care if you bail on them. No one really expects you to do what you say. Don’t give them a reason to have high expectations. His flawed reasoing grated against every last fabric of my being.

“No. Let’s go. Nothing is getting me out of this car unless it’s my condo I see in front of these wheels.”

But thirty miles into our return trip the truck stopped, completely. It was the transmission. I spent twenty minutes listening to Wedge whine about his dad and how he was going to yell his whatever off because he’d taken the truck against his will, to do a job he’d specifically told him not to do…and a host of other problems. No matter that I’d asked him on each account and that Wedge had lied back in replies to me.

Wedgewood Sr. wouldn’t care that I knew or didn’t know–I just knew how awful it was going to look. A bedraggled mess, sitting in his son’s trashed truck, straws, papers, broken CDs and whatever else cluttered by my feet. He’d look at me and scowl. All I wanted was to be back in Chicago sleeping as my roommate probably was–well, as most other normal people were at 4 am.

Instead, I was dragged out to some other god-awful truck stop that was a few hundred feet from the road and served up three day old bacon and eggs, paid with Wedge Sr.’s credit card. The moral fiber in my soul felt like it had shrunk to the size of a pea.

I called the Univeristy and got my supervisor’s phone number. I left a voicemail explaining that I was unable to make it to class that morning and indicated that the students were to read a twenty pages ahead in their text. There’d be a quiz Thursday.

This entire story played over and over again in my head last night as I tried to drift to sleep. I’d completely forgotten the horrific scene. I’d erased Wedgewood Sr.’s face from my memory, not to mention his son’s as well.

Wikipeida will tell you all kinds of things about a Piscean, including that we flee conflict and confrontation like a plague. What it won’t tell you however, is the way that this fleeing looks. In this case, the Piscean not only flees conflict, but isolates herself from reasonable people and reasonable activities, thereby being all the more susceptible to influence of all the wrong kinds.

I did finally break out of that relationship, thanks to a friend who had the courage to stand up and tell me that I needed to get far, far away from this loser.

Whether you share the Piscean sign or another, we don’t have to be bound to our signs or whatever arrangement the planets decided to be in on the date we were born.

Surviving Conflict as a Pisces 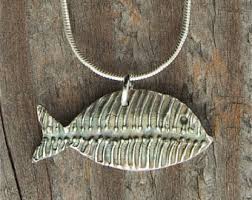 While my common sense was more than lacking, the bigger problem was that I was unwilling to confront this guy. And like other Pisceans, I also experience the same problems in cycles, so it’s no surprise that I am facing a very similar situation right now, although I’ve finally realized that the solution is not in the way I internalize the conflict and try to survive through it, but it’s in my response to it and to the person I am engaged in the conflict with.

1. Confront it: Get up and say no. You might have to write it down first and ask a friend to listen to you rehearse what it is you’re saying, but make sure you find a time and place to confront your friend with what weighs on your heart or what you disagree with. Don’t cop out of a confrontation.

3. Commit it to God Commit your actions, thoughts and words to God before you talk to your friend, and certainly before you make a decision as to what you will say. It’s important that you speak from His prompting rather than from whatever comes off the top of your mind.

4. Cling to the right people Make it a point to cling to the people who build you up, who help you realize the good that you bring to the world and who together help you do more good than otherwise for the communities you are in. If together you effect something worse, you probably aren’t the greatest match!

This probably exceeds the rules for a blog post being that it’s about 1,400 words too long. But it’s a story that reveals something deep about many of us and more–it shows the consequences of what not facing the conflict can deliver.

Have you ever had a hard time facing a conflict or knowing how to respond to someone with whom you disagreed? How did you handle it?